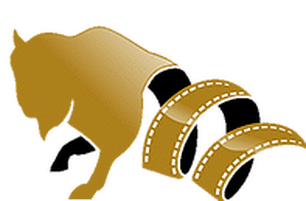 Overview:
The BisonBison Film Festival is open to filmmakers enrolled in accredited colleges, universities and technical schools in the
Mid-America Arts Region:  Nebraska, Kansas, Oklahoma, Missouri, Arkansas and Texas. The Festival is an inclusive event which values diversity. Films are accepted regardless of age, gender identity, race, sexual orientation, physical or mental ability, ethnicity, and perspective.
The 2022 Festival will be held Friday, Saturday, and Sunday, April 1, 2, and 3. Evening film viewings will be at 7pm Friday and Saturday nights, with free workshops on Saturday during the day. The schedule for Sunday is TBA, check this page for updates.

Selection and Awards
ELIGIBILITY
FILMS SUBMITTED BY FILMMAKERS NOT ENROLLED IN AN ACCREDITED COLLEGE WILL BE IMMEDIATELY DISQUALIFIED.

The festival values all forms of entertainment and does not wish to impose any limits or forms of censorship. However, we do look for work that:
Promotional Use

The Director or Producer, by submitting the film, agrees to allow the BisonBison Film Festival to use the film in promotional or informational manner. This includes, but is not limited to: edited compilation of films for viewing on website, showing films at speaking events, showing films to encourage submissions, etc. Only those films selected to be shown at the Festival will be used.
By selecting yes, you agree that you have read both the BisonBison Film Festival Rules and Guidelines and the Filmmaker Etiquette guidelines. You agree to follow all rules and guidelines as set presented. Failure to follow rules or guidelines will result in immediate disqualification. Failure to select yes on this question will result in your film not being considered for the BisonBison Film Festival.